Humans could only live in certain parts of the world because we domesticated animals, our partners in global expansion and world domination. When we got there, we also had an eye for profit.

Humans have lived with livestock for millennia. People took the trouble and absorbed the risks of turning wild animals into a source of human food, fuel, power, solace, and a means to improve the habitat to sustain food production.

Not surprisingly, we love our animals.

The relationship is close and controlling. The term domestication—the mutual relationship between animals and humans who influence their care and reproduction—is the tell. Control extends to the permanent genetic modification of a bred lineage, leading to an inherited passivity toward humans. We manipulate the reproduction of livestock and pet species toward our needs.

It all started with dogs.

Perhaps their predisposition to subjugation from pack mentality meant control was easy, but by 13,000 BCE, dogs were helping human hunters hunt.

Male Villagers in the highlands of Papua New Guinea with their two most valuable tools.

Goats were probably the next, closely followed by sheep, cattle, pigs and by 8,000 BCE, the domestic cat minus the kibbles.

Chickens, donkeys, camels, and ducks took a bit longer, but by 4,000 BCE, humans had domesticated a farmyard’s worth of animals.

All these animals were valuable. Beyond the larder on the hoof, they made it easier to move stuff around and contributed to human survival in the more inhospitable parts of the planet.

One such place is the Mongolian Plateau.

High country that is far from any ocean with a continental climate.

Less than 200mm of rainfall, -20 ℃ as an average winter temperature, and bitterly cold winds are not ideal for fun-loving mammals that started in the tropics.

In 1995, I was in Glasgow, Scotland, visiting my ex-in-laws. One morning I woke to the most severe frost I had ever seen. I had experienced a few minus numbers growing up in the UK, but this was something else. Fuel was freezing in the cars, and opaque windscreens resisted all attempts to to see through them. The weathermen told us it was the lowest recorded temperature in the city,  -17 ℃.

Such a chill is mild compared to the coldest day in Mongolia, reported by the weather station Tsetsen Uul in February 2016, when the temperature dropped to -54.7 °C.

No surprise that the vegetation on the Mongolian Plateau is sparse, and patchy, and those winters are severe. Crop production is limited to a few small valleys and the only way humans can exist without vast subsidies from external sources is to rear animals.

Seriously. No human would stand a chance without help.

Animals provided food, fuel, clothing, transport and wealth. This last feature is interesting because it occurs in many pastoral systems.

Herders keep large livestock numbers, including animals that do not contribute to reproductive success because of their age and poor physical condition. Retention is about demonstrating wealth rather than animal production efficiency or net profitability.

Ironically this wealth is not about income.

In Inner Mongolia, researchers found that halving the livestock numbers on the Desert Steppe to 0.8 sheep-units ha-1 for the summer period resulted in a 50% increase in net income. Fewer livestock increases grassland production per animal, which is consistent with the ‘producer’ model of livestock management and grassland sustainability. Still, it is inconsistent with the ‘keeper’ model of pastoralists that emphasises large flock size in the prevailing socio-economic conditions.

Keeping animals in more significant numbers than the landscape can support can only happen through supplements. Animals are fed on hay or grains purchased from elsewhere. This means that any income from livestock must be discounted for these costs.

Here is how the researchers saw the relationship between income, costs and net income when they modelled livestock production.

Keeping livestock results in a higher stocking rate (typically 0.77 breeding ewes ha-1 in this example), high feed costs and a lower net income than if half the number of animals were reared.

It is better financially to be a producer rather than a keeper of animals.

So why keep more animals than is profitable?

There are two answers. One is demonstrable wealth, the universal human habit of showing off. We all do it to a degree, and it is probably one of the reasons humans found the courage to spread out from Africa in the first place. We love a challenge and a way to be up on the Joneses.

The other answer is that animals are insurance against the cold and a punt on the weather. Herders know that animals will die over the winter and that the number of livestock lost will depend on the severity of the cold, which is unpredictable. Better entering winter with 100 animals than 10 is a logic of numbers that became cultural. No matter that, ten well-fed, healthy animals have a better chance against the cold than 100 weak individuals. And then there is the punt.

If the winter is severe, perhaps 90 animals die, and the herder enters the spring with 10 animals, the same as his producer neighbour who reduced his herd to the 10 healthiest individuals. But if the winter is mild, maybe only 50 animals die. Now the keeper is ahead when the cold winds retreat.

And before your thumbs twitch to tweet a denial of this truth, think about it. We are mammals that forage for food; we cannot sit like a tree and make our own nutrition. Aeons of gathering and capturing when food was scarce, and the opportunities won over the laggards hard-wired us for competition. Money is just the modern abstract expression of our evolutionary past.

On the Mongolian plateau, producers have a logical way of making money. Keepers seem to put production at risk by either the desire to demonstrate wealth or the willingness to take a chance.

The researchers assumed that they were studying Homo economicus, the hypothetical person who behaves in exact accordance with their rational self-interest. Humans don’t do this; we never have.

We can be wildly irrational if there is even a sniff of an upside.

Hero image from photo by Antonello Falcone on Unsplash

A great fortune is bestowed on those born into a time of plenty. We are blessed with wealth that can distort our worldview. Sometimes another one is required. 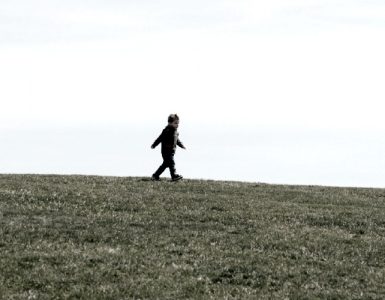