I don’t like the birds singing. It’s not my thing.

A real housewife of Miami

Many of them even know what it was about. Something to do with humans making a mess of the environment with pesticides. A problem we fixed by banning DDT.

Yes, organochloride pesticides were banned in most of the world, which was a good thing. But it was nowhere near enough.

Even a peripheral knowledge of the evidence tells you that the conservation of nature has failed.

Since 1962 there have been international conventions signed, environment protection agencies established, national parks gazetted, a whole industry of environmental NGOs emerge, and even a new word to describe it all; biodiversity.

And here is what has happened

Again, we are heading for a silent spring.

Why has biodiversity declined?

Help has come from a huge army of fossil fuel slaves that gave the power and the machines to do the heavy lifting and allowed humans to use almost all the ecological space required by other species.

Ecologists call this competitive displacement and suggest it is the largest factor in biodiversity loss. Homo sapiens’ expansion has eliminated 83 % of wild animal and 50 % of natural plant biomass, most of it in the last 100 years.

Today, human bodies are 36 % of the mammal biomass on earth, and our domestic livestock another 60 %, leaving just 4 % for all wild mammal species combined.

Our poultry account for 70 % of Earth’s remaining avian biomass.

There are numbers that should make you think.

And how did we manage to appropriate nature?

A combination of fossil energy driving the mechanical slaves, access to the land and resources of the ‘new-world’, and improvement to primary health care suppressed natural negative feedback (e.g., disease, food/land/ resource shortages) and freed the  innate capacity to expand exponentially. This is what all organisms do when presented with an energy surplus and no other constraints on numbers.

Humans got good at competitive displacement.

Most crops in intensive farming systems are sprayed with insecticides

Rachel Carson alerted everyone to the potential for mass extinction from pollution. It was a critical contribution.

Three generations later, there are 3 billion more people, the consequence of competitive displacement, and the prophecy is coming true as our economic activity exceeds anything imaginable in the 1970s.

And for way too many of the 7.8 billion people, it doesn’t even matter. They are too busy making ends meet.

Hero image from ​​Photo by Meg Jerrard on Unsplash 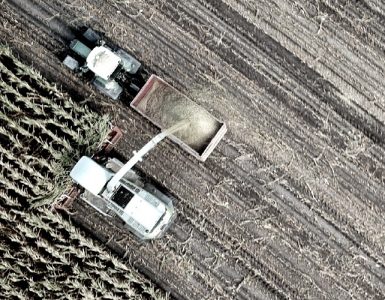 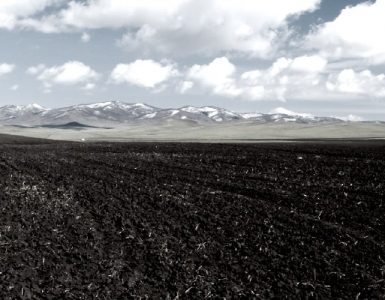