Why are we failing to adapt to climate change impacts?

Emission reduction is essential against the threat of climate change, but it might not be enough.

UN secretary-general, António Guterres, has asked for half of the $100bn a year in climate finance to be delivered by the rich world to emerging countries to be devoted to adaptation.

Global actions on climate change have no better than a 50% chance of limiting warming to 1.5 degrees C, enough to change the weather. In other words, there are weather events and climate impacts locked into our future.

We can prepare for these changes or just cop the consequences they bring to life and wellbeing. Whilst preparation is costly, it is both humanitarian and intelligent.

Any insurance against social disruption delivers global returns. It is hard enough to feed 7.7 billion people well, even harder if larger numbers of them are forced by extreme weather to move away from their homes to find food and shelter.

UN estimates show that by 2030, developing countries will need between $140bn and $300bn a year to cope with the acute impacts of climate change—drought, flooding, sea-level rise, wildfire. We know that in 2019 these countries received only $80bn in climate finance, which included cash to cut greenhouse gas emissions but next to nothing for adaptation actions.

We will leave aside the missed financial pledges and think about the spending that happened.

Why is the near-exclusive focus of politicians and international agencies on emission reduction?

A wind farm or installing solar panels yields a tangible return on investment. In most emission reduction projects, money is invested in projects that create a product.

Adaptation is mostly about reducing the risk or the magnitude of production losses from climate impacts—cover crops for drought resilience, flood protection barriers, early warning systems for extreme weather, cool rooms. These are actions to protect returns but do not make them, at least not directly or on time.

Adaptation responses do not produce a clear profit.

Second is the consequence of responsibility.

Promoting adaptation is an admission that actions to reduce emissions are not enough to solve the problem of climate change.

For more than a decade, the global and jurisdictional rhetoric is emission reduction telling people that such a policy is the best action against climate change. Implicit in this is that emissions are the problem (they are) and that reducing emissions solves the problem (not exactly).

Suppose you build a billy cart and you sit in it on the crest of a steep hill. The thrill stretches out before you. But until I give you a push, the cart is stationary. After I get you started on your ride of a lifetime gravity takes over to energise your descent.

Fossil fuel use is like the initial push to set the cart in motion. If you changed your mind and didn’t want to career down the slope you would scream at me to stop pushing and I would oblige. But it might not be enough to prevent the wild ride.

It is prudent to remove a driver of a change you don’t want—greenhouse gas emissions in the case of climate change. However, we do not know if it will be enough to prevent the worst of the climate change consequences.

But if we agree that historical and ongoing emissions have locked-in climate changes already, then why has the policy been all about emissions and not at least some preparation for the inevitable changes?

And if we admit that emission reduction is not enough, the ‘why bother’ argument wins over the expensive transition away from fossil fuels. Before you know it the coal power stations and oil producers are kidding us we can keep on keeping on with their polluting products.

Better would be to equip the billy cart with a break.

We have to adapt food production, supply chains and our use of nature to anticipate the consequences of climate change even if we can limit warming to something close to the Paris targets.

Why? Because the locked in changes to the climate are enough to disrupt global food supplies and make it harder to feed everyone well.

This does not mean we can slacken off on emissions, but it means we also have to spend on adaptation especially to support people around the world most vulnerable to climate shifts and often with the least resilience to cope with change.

And yes, adaptation is expensive and will not turn a profit, but there is a premium to pay like all insurance policies.

Hero image modified from photo by Kelly Sikkema on Unsplash 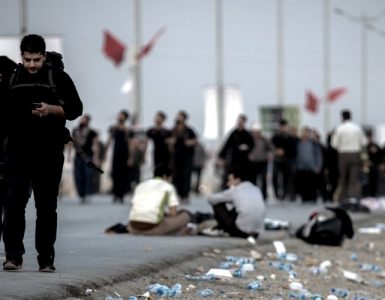 It amazes me how much knowledge humanity has accumulated. Even more baffling is how we fail to use it. 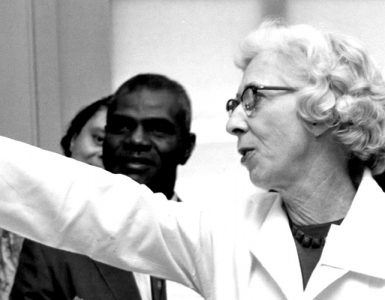 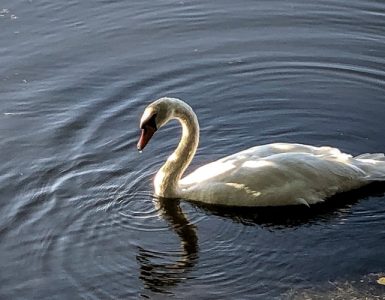 CEOs won’t do anything that hurts the bottom line

Bullshit all you like; the bottom line is singular

The pros and cons of fertiliser price hikes

Land prices are chasing house prices down the lane

Peak phosphorus—will humanity run out of a critical resource?

We already know what must be done