Triple bottom line is concept to shift minds with the hope of system change. Like many sustainability ideas it had a hard time.

We will come back to this unusual request later.

Let’s keep with TBL for a moment.

A farm, let’s say, might deliver a nice steady income with some trickle down through spending and part-time employment on-farm to ensure a healthy rural community. At the same time, the farm provides biodiversity benefits as the farmer retains hedgerows and adopts minimal till cultivation. Perhaps sheep are grazed on grasslands with enough care that the wool goes to market at a premium price, the native grass species flourish, and the grazier gets a ‘caring for the land’ award.

An idealistic notion perhaps, but achievable with some care and effort on the part of the farmer.

There is a great fondness for this ‘win-win-win’ version of triple bottom line accounting. The common perception is that all three lines can be in credit.

Let’s see an example of this version of TBL in farming.

Back in 2017 the NSW state government in Australia introduced legislative reforms to give farmers more flexibility over the management of native vegetation on their landholding.

Previously native vegetation was sacred. What little native vegetation remained in production landscapes was perceived as valuable for conservation purposes, especially when compared to the vegetation that conservationists believed was present in the landscape in 1788. This seminal date corresponds to pre- and post-European colonisation of the continent.

Prior to the reforms there were legal constraints on what farmers could do with vegetation defined as native — basically, leave it alone — and a lot of ‘green tape’ for activities more significant than maintaining the fence lines and removing dangerous trees on rural properties.

The reforms of 2017 allowed landholders more active management, including thinning and some clearing of woody vegetation sometimes in return for actions to improve native vegetation performance.

An often stated premise of this legislative change was the opportunity for triple bottom line outcomes on privately managed land, a move away from the more singular conservation focus of the past.

The triple bottom line on a farm

The economic consequences are relatively easy to understand.

Well, this is more difficult given the accounting is obviously at the farm scale. In Australia, 96% of the 150,000 farm businesses are small, family-owned operations with a turnover of less than $2m — more typically, a lot less. So the direct social benefit is to the individual, and you need to put many farms together to get the social consequences in the aggregate.

However, if enough landholders participate, there is additional substantive revenue for rural communities that can improve things for everyone.

There are also intangible social benefits to farmers of less stress from having to ‘fight the system’ and achieving a tidier farm, given that the tidy gene is dominant among many landholders. It is hard to value the straight fence line, but there is one.

All is good so far.

Suppose there are enough landholders in a district actively managing native vegetation as a tradeoff for some clearing or thinning. Most vegetation in rural areas is impacted by agricultural practices and benefits from some TLC to control weeds, pests and chemicals or encourage natural succession. There is a collective benefit to biodiversity and its rare or endangered components from improved vegetation conditions.

Such benefits are tangible if the farmers required to manage actively would otherwise have done little to nothing to encourage the natural processes in those patches of native vegetation.

Except that is not quite how it works.

There is a common desire to want all values from the land to increase over time.

More production, excellent environmental outcomes and social gains are all wanted by someone or another.

That would be ideal if it were possible to use a resource without any negative consequences. A ‘win-win-win’ is excellent for everyone.

Only this is not the original intent of a TBL accounting approach. Nor is it possible.

John Elkington’s idea was that rather than focus on one value, the profit bottom line, all values are recorded simultaneously.

There was no requirement for all values to increase. Recording multiple values would enable an understanding of the trade-offs and synergies in values from agricultural activity, the inevitable value compromises that happen from natural resource use. By looking at each of the accounts, the business better understands its broader impacts, both costs and benefits. Vision of resource depletion, efficiency options and even externalities (costs that occur outside the business) makes for a better business.

TBL differed from previous approaches that used a single priority value (production or conservation or a cultural value) to account for resource use. Three bottom lines was better than one competing against another.

When the farmer goes about his business on his farm, values are gained at the expense of others. There are trade-offs. Ignorance of other values is not in the farmers best interest because he relies on natural resources to generate value. Just thinking this way promotes a more rounded view of land use and land management.

It would be great if human activities consistently achieved environmental, economic, and social benefits, but just saying we are using TBL approaches does not deliver such an outcome.

All it says is that multiple values are recorded and evaluated.

Another thinking step is needed to decide which land use and management can deliver a desirable balance in all the values.

Gut feel gets in the way too.

Consider this example from the food supply chain.

Every time I go to the supermarket there is food on the shelves. A dizzying array of produce is on the shelves delivered from the farm via a complex system of transport, storage, processing and packaging. I make my selections on price, favoured products and brands all approved by my gut feel. I have a list but could do the grocery run on autopilot.

It explains all the snacks, treats and Coca Cola.

Putting the second bar of Cadburys back on the shelf took a whole heap of courage and energy to override my instinct that travelled from my stomach.

Meanwhile, out on the farm, the landholder is a human being too.

He makes production decisions on gut feel. His innards tell him when to move the sheep, dip them, shear them, and ship them to the abattoir. He makes any number of these decisions every day.

Ditherers do not make good farmers.

The farmer’s gut tells him that this feels like a bad year. It’s been dry and the spring winds are even stronger than usual. Just in case, he places an order for delivery of stock feed in two months. It is, of course, much cheaper to buy now than later if the season does go south.

What the farmer’s gut cannot feel is what growth conditions will be like a decade from now. His instinct is an excellent barometer for today, perhaps a week or even to the end of the growing season. Beyond that, and his feel slips away from the likely reality. Uncertainty out more than a season gives him cramps.

And this brings us back to the TBL.

The timeframe for decisions to gain environmental and social benefit is much longer than for the production gains. In other words, the accounting lines are not on the same timeframes.

Productions wins are needed and felt now. Environmental wins can take an instant to destroy and decades to regain. Social wins are a slow burn too.

Then there is the spatial scale of these values.

The same problem applies. Social structures are more extensive than households and a farm, but a farm can make money. Few environmental values are neatly boxed into paddocks or fields.

Human beings are emotional creatures. We run on gut feel. Our decisions are only partially influenced by what we know and the information to hand. We are more likely to decide based on our perceived value when we make a call.

The triple bottom line was a good idea at the time.

Maybe it could counteract the gut feeling for profit. Few businesses were even aware of values beyond the financial returns from their activity and just to think about social or environmental outcomes was a step forward.

We would add one nudge that TBL might have contributed to since the heady days at the turn of the century, although it’s not a new concept.

We’re painfully blinking awake to the falsity of standard economic theory—that human beings are capable of always making rational decisions and that markets and institutions, in the aggregate, are healthily self-regulating…  We are finally beginning to understand that irrationality is the real invisible hand that drives human decision making.

On the 25th anniversary of the “triple bottom line”, John Elkington proposed a strategic recall of the concept to tune it up. He had decided that because of the hard-wired culture of business and financial markets for profit (and we would add growth) the original system change goal of TBL was impossible.

“(TBL) was never supposed to be just an accounting system. It was originally intended as a genetic code, a triple helix of change for tomorrow’s capitalism, with a focus was on breakthrough change, disruption, asymmetric growth (with unsustainable sectors actively sidelined), and the scaling of next-generation market solutions.”

Now Elkington suggests that sustainability frameworks will not be enough to stop overshoot of planetary boundaries.

They are not radical enough. 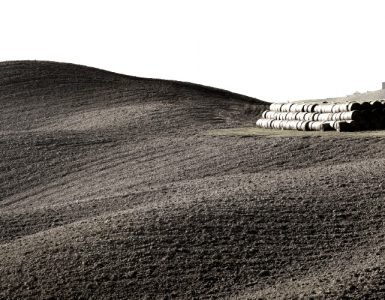 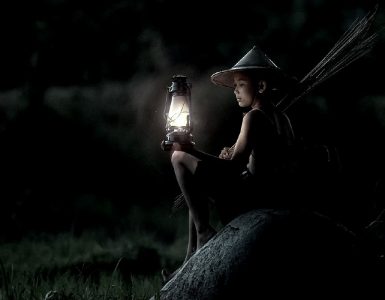 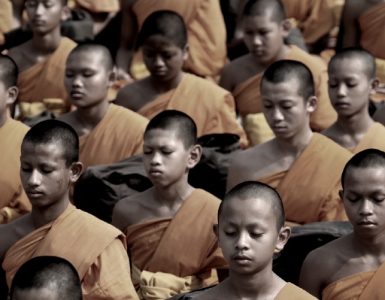