More emotions from the c-word applied to kangaroos

Grazing animals find it hard to stop reproducing. They keep at it until their food supplies run out, so sometimes they must be managed.

Here is a member of NSW state parliament with a rant at farmers who cull kangaroos.

“If they’re plague proportion, well, they do something about it, which is understandable, because they have to make a living, same as everyone else. But a lot of properties, in my eyes, they’re not in plague proportion. And they cull kangaroos for the sake of doing it.”

Nothing out of the ordinary here.

There is and always will be a visceral response by some to the removal of wildlife be that elephants in Namibia or baby-faced seals in the Arctic.

The c-word cull is heavy with intent.

The quote above is slightly odd in that such a public display of emotion is made by a Liberal politician in Australia, the approximate equivalent to a Conservative in the UK and a Republican in the US.

Right of centre is usually about resource use, liberty for individuals to choose what to do with resources, and a government that keeps its nose out of such business wherever possible.

It is rare for the right to berate primary producers on conservation grounds. They are more often championing their right to farm.

She grew up on a farm in rural NSW and was demoted when she crossed the floor to vote down legislation to protect koala populations in NSW because she said it had “zero to do with protecting koalas”. True as it happens.

These are strong green credentials for a representative of a party that is colourblind when it comes to nature.

But as so often happens the emotional gets in the way of the pragmatic.

Kangaroos are water-limited; give them reliable water and their population grows, often to the extreme. The reality is that kangaroo abundance in many areas is high because humans have added water sources across the arid landscape for their livestock.

No matter if kangaroos are soft-footed, they still eat.

No such thing as passive management

Add permanent water points to a dry landscape and that is active management. Human interference in the natural order of things.

Actions always have reactions and in this instance, water-limited animals prosper and deliver impacts, in this case, grazing of the vegetation over and above what would have happened in the absence of water points.

Typically livestock impact and the added attention of prolific kangaroos results in overgrazing that degrades the vegetation and soil.

Short of changing the climate to a wetter one, the only way to recover degraded vegetation is rest followed by moderate grazing so what gets called a cull is not about a plague but about vegetation and soil.

It is about active wildlife management.

Active often means intervention or nature will let it rip until the ecological limits reset. In dry landscapes where humans add water sources, the recalibration is difficult and can lead to dramatic volatility in animal numbers.

If culling is not palatable, then something must be done with the water. That cannot happen though for the sheep and cattle have to drink too.

And the farmer has to make a living!

There is little point in getting hung about culling. It is just one of the active wildlife management options that are necessary once humans begin to exploit natural landscape.

Admittedly it is brutal and relies on a ‘long-term good’ logic that can sometimes be hard to believe when our lives are used to the immediate. But it is, at times, a necessary tool.

What is more important is the misunderstanding in the MPs quote when she says ‘for the sake of doing it’.

Few farmers are going to go out with a shotgun and cull meaningful numbers of kangaroos or hire professional shooters to do the job for them without a reason. They believe the animals are either stealing fodder from their sheep or degrading the soil or both. They cull numbers (not just take out a few animals for lean cuisine) because they think they are managing the land.

The real point should not be to belittle their actions but to be more informed about when such extreme intervention is necessary for the long-term productivity of a landscape with kangaroos in it.

Hero image modified from photo by Fidel Fernando on Unsplash 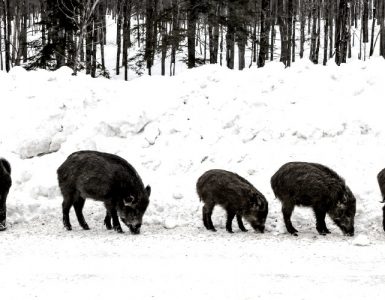 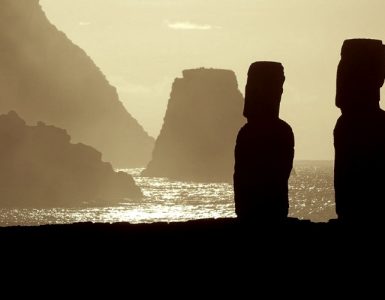