Alloporus constantly bangs on about why biodiversity is not a synonym for conservation. Sustainably FED agrees, and here we discuss why… Spoiler alert — rare is not what matters most.

Alloporus constantly bangs on about why biodiversity is not a synonym for conservation. Sustainably FED agrees, and here we discuss why…

Spoiler alert — rare is not what matters most.

As Ed Wilson so succinctly put it, biodiversity, the diversity of life, is the consequence of evolution and ecology — the outcomes of interactions between organisms in time and place.

One outcome is an extraordinary profusion of organisms, so many different types that there is no single catalogue of them. Indeed, Australian taxonomists, the scientists who describe and catalogue the variety of life, estimate that $824m is needed over the next 25 years to complete the biodiversity record for the island continent.

Meanwhile, the New South Wales government has set a target of zero extinctions of native wildlife in the state’s national parks estate, the first time an Australian government has set the goal.  Zero extinction is impossible to prove, not for want of on-ground effort or technical skill, but because the species catalogue is incomplete.

But already, I digress.

Species are just one of the outcomes of evolution contained within ‘the diversity of life’.

Biodiversity is about all of biology, what it is and what it does, and not just the number of different organism types.

In contrast, conservation is a value, not an object or thing or process. And the key to understanding this particular human perception is that rare is more valuable than common.

However, humans also value clean air, clean water, and food. These essentials are delivered primarily by the actions of biodiversity, particularly the common species.

Indeed there are very few occurrences where rare species are pivotal to these essential services. A little thought and this truth is clear. A rare organism is infrequent by definition, and it cannot by biomass or weight of numbers influence services. The only way a rare species can affect services is to engineer the environment, such as a beaver building a dam that alters the transfer of nutrients and water across the landscape.

Rare, as in endangered or threatened, rarely matters for ecosystem services.

The reason for distinguishing between rare and common species in the context of human needs from nature is ecology.

Ecology (from Greek: οἶκος, “house” and -λογία, “study of”) is the study of the relationships between living organisms, including humans, …and their physical environment

The interactions between organisms capture and convert energy from the sun into biomass (plants) and then transfers that energy through systems (plants and animals) are moderated by the availability of water and sunlight.

This simplistic description of ecology is what keeps people alive.

This truth is fundamental to human existence.

We would not exist without ecology, for even the most intensive farming systems rely on interactions between microbes and plants.

It is why ‘sustainably FED’ put E between food and diet. Ecology is the engine that drives both and will determine how well humanity fares as our numbers reach 10 billion over the next 30 years.

A fixation on iconic species with fur or feathers is all very well, and there is moral, cultural and even existential value in trying to save iconic species.

The problem is that rarity is not what we need to focus on right now. The species combinations that deliver and maintain critical services in the landscape need our full attention. The common species allow humans to persist, especially those in agricultural landscapes.

And these species are not often those in danger of extinction. But their abundance and distribution are changing. For example, insects in a selection of nature reserves in Germany have declined by 75% in a generation.

This level of decline is dramatic. If it happened to global stock exchanges, people would panic. Given what insects do to the transfer of nutrients, food chain stability and pollination — just three critical ecosystem services — we should be worried by these changes.

Erosion of ecosystem services is more critical to humanity than the loss of rare species.

Promotion of the common over the rare sounds callous, but remember, there are 8 billion people who need food, water, and shelter. There is an unprecedented demand for ecosystem services, just when many decline.

A shift from the rare to the common

If all the critically endangered species on the IUCN Red List of Threatened Species were to go extinct, it would be a cultural and moral disaster. Such a tragedy would leave a lasting sadness.

But it would not be the end of the world.

Humanity would still till the soil, plant grains, rear livestock and eat. Should the rarities be lost, agriculture would not.

There would still be ecology because nature will always occupy available space. The persistence of nature is critical and brings us to the diversity of life that humanity relies on.

The biodiversity that we must have is in the soil.

The tens of thousands of species that live in each square meter of soil are essential for the nutrient transfer, water retention and soil health necessary for crops and livestock production. Humanity might live in high-rise blocks, drive electric cars and rocket into space, but all this is dependent on food grown in soil.

Just a few know this.

The majority of people have no reason to think about this version of biodiversity. After all, food comes from the fridge or the supermarket, depending on which family member you are.

The reality is humanity must increase food production by 2% for the next 30 years to feed everyone well. Then these increases must be maintained long enough for the demographic transition to pass. If we fail to produce enough food, it will destabilize the system and we will crash and burn.

Hope for avoiding catastrophe is to focus on soils. And to focus on the natural capital of our environment to ensure that along with other technical fixes we can grow enough food so that at least we don’t have a war over our primary resource.

This all sounds terribly dramatic, but there is no obvious argument against it.

Any extinction is tragic, especially those that are preventable. But a focus on the rare at the expense of critical diversity that delivers services, especially in soil, is short-sighted.

Saving the koala is great but not if there is not enough food to feed everyone.

sFED provides a wide range of materials for information and awareness-raising and, most importantly, science skills to make the most of this opportunity.

The primary skill is to be a healthy sceptic. This means not believing everything you see but understanding what’s real and what isn’t.

This includes the many false claims of the imminent extinction of rare species.

Hero image from a photo by MD_JERRY on Unsplash 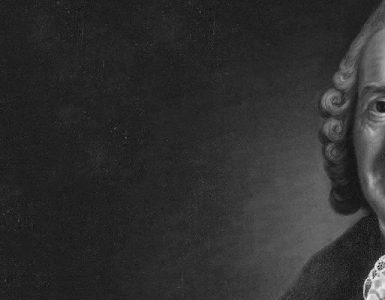 Names were one of the first uses of language. Say banana and every English speaking person can conjure up an image of the fruit. So why is the name not the most important part? 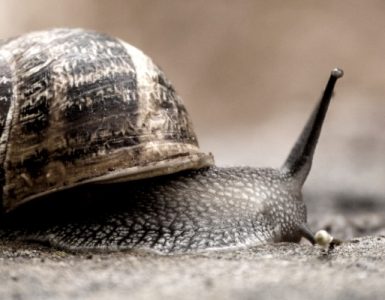 Why indeed? A snail has no notion of roads, what they are made of or what they are used for or even that it is lousy habitat for a gastropod. So what, you might ask...

Population – the good news or the bad news?