Don’t give the climate change deniers any air

Climate change denial is still with us despite all the evidence that makes deniers look foolish. The real problem is that the believers don’t quite get it either…

Suppose a book is written about climate change claiming it is false.

In the book are a handful of truths woven through contrary rhetoric. Knowledgeable reviewers said there was “cherry-picking”,  “misleading statements” and “outright falsehoods” but that doesn’t seem to matter.

After some clever marketing, the volume makes it into the top 10 for non-fiction titles on Amazon’s best-seller list for environmental science. Sounds like a successful book even if it does have the odd mistake or two.

There is no such thing as bad publicity.

Of course, all publicity is good publicity and that in the modern age all you need to do is put yourself out there and some success can be yours. The quality of information seems to be irrelevant. How sensational it is and how good you are at promotion seems to determine whether or not you make it to the bestseller list.

When the issue is as scary as climate change with its genuine risks to life, livelihoods and wellbeing there is no shortage of takers if your message is that there is no risk. Denial can be comforting.

All those who denied the reality or danger of the climate emergency should be ignored.

Damien Carrington adds to his suggestion to ignore the climate deniers because the facts are in and it is time to do something about the problem. All our efforts should be towards finding solutions rather than giving air to the handful of deniers.

He goes on to talk about deniers in different ways.

Indeed he groups them into four different categories: the shield, the grifter, the ego maniac, and the ideological fool.

The shield is the one who’s paid by the vested interests to confuse the matter. Either about the science or the economics of climate action. This kind of denier runs interference on the situation to allow polluters to lobby against measures that cut their profits.

The grifters Carrington says is a sadder case than the shields. Grifters found themselves earning a living by grinding out contrarian articles for right-wing media outlets. Imagine having to do that every day of your life writing material that you know to be a lie and yet it’s the only way you have found to pay the mortgage.

We know many scientists who find themselves in a similar position. It can be hard to tell the truth when your employer doesn’t want to hear it. A recent example in Australia where a government department blocked the publication of research by independent scientists on threatened species management that the same department had funded.

The ego maniacs are also rather tragic. They are frustrated and disappointed people whose careers have stalled and can’t understand why. Surely the world should give full reverence to their brilliance.

I must say I can concur with the notion of being left behind in a career. My own choice in this case, but if you perceive yourself to be better than falling by the wayside then any train is worth hopping onto.

Carrington’s fourth denier is the ideological fool. Intelligent but utterly blinded by an inane, no limits pursuit of the free market. These deniers basically claim that any consolidated effort to fix the climate problem is communism in disguise. These are neoliberals incarnate.

In President Trump, these denial types had the perfect channel. The former US president took the United States out of the Paris climate accord and put coal up as a job creator. Playing to his base and doubling down as he always does in order to get benefit to himself.

Every day that we continue to deny, continue to mess around and waste energy chasing down the deniers to give them notoriety is another day that we’re not figuring out how to resolve the challenge.

And so it goes.

Denial and chastisement. Falsehoods on an equal footing with the truth. The constant chatter makes it hard for an average person to make an informed choice about their own actions.

Instead of an adult conversation, there is more denial and louder demands for climate action. It is a constant tug of war using up time, energy and whatever goodwill people have left.

At sustainably FED we have no contention over the current climate warming event and that the cause is human actions. The combination of land clearing for agriculture and the consequences of fossil fuel use is a planet-sized change to greenhouse gas emissions.

Exactly how climate is altered and the consequences for humanity are still somewhat conjectural but the evidence mounts year on year especially with extreme events that are a result of more energy being trapped in the atmosphere.

Climate change is a reality.

We are less comfortable with what is being done about the current warming event.

Reduction of greenhouse gas emissions is sensible, not least as a precaution. All the various emission reduction options for energy, agriculture and land use need to happen along with whatever sequestration we can effect.

The transition to alternative fuels is smart on many levels and one that would happen soon enough anyway given peak oil, and eventually peak coal and peak gas, are not far away at our current rates of use.  Making agriculture more emission efficient is usually consistent with the broader requirement for sustainability so we agree with that too.

The issue we have with climate action is that should we achieve zero-emission targets we cannot just assume that the climate will be fine. It is foolish to believe that somehow all that accumulated energy will just dissipate away and it will be like 1990 all over again, nice and stable and less extreme.

It will take many generations for the climate to stabilize given the jolt it’s been given over the last 200 years. Indeed, the hit may leave the climate on the canvas.

At sustainably FED we believe that emission reduction is essential of course but alone it is nowhere near enough to ensure future food security.

How do we continue to grow food, maintain environments, and ecosystem services when the climate and weather patterns are changing. How do we keep landscapes resilient when we know that the climate is going to shift?

The key actions are adaptive.

Adaptation to new weather and climate conditions for food production and ecosystem services is the solution to the issue of climate change. At the moment it is not even in the frame for it would be an admission of defeat for the deniers.

At sustainably FED we see adaptation as the opportunity and the focal point of climate action. Adaptation is also fertile ground for ideas, solutions, and opportunities. 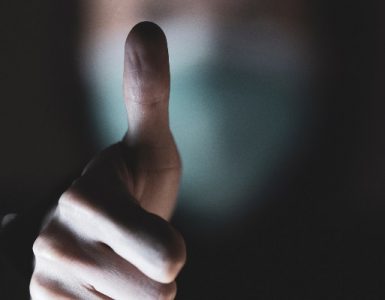 Humans are opinion machines. Here are some rules of thumb to chasten your opinions and help pick decisions that are important to you and the collective well-being...

Yep, hard to believe isn’t it but a clear majority of the people in mature economies are concerned about the environment. Their intuition is telling them something that politicians don’t seem to get...

Who should conduct the orchestra?

The best orchestras in the world have conductors that bring the musicians together. The same applies to science with all its players and instruments. The question is: who gets the baton?