Who should conduct the orchestra?

The best orchestras in the world have conductors that bring the musicians together. The same applies to science with all its players and instruments. The question is: who gets the baton?

Just a casual glance through the topic areas on sustainably FED and it’s clear there are many disparate science disciplines involved.

Feeding everyone well and sustainably requires a daunting variety of evidence, understanding and insight across everything from agriculture, ecology, nutrition to sociology, economics and even psychology.

A room full of sustainably FED scientists would be a crazy mixed bunch; each with an instrument they want to play loudly and with gusto.

Who conducts this orchestra of science?

A night at the ballet

What a pleasure to spend a night at the Sydney Opera House for my wife’s birthday captivated by the Australian Ballet. What the human body can do is astounding and what happens when music and dance are combined is breathtaking.

This synergy between dancer and musician takes decades of dedication each to perfect their specific talent. But these artists still need some coordination, a bringing together.

On the night this is the role of the conductor.

Back in the day when I used to play in brass bands, I was taught to play on the beat, when the conductor put their hand down, left or right depending on the time signature. That was when you played, right?

I’m watching the Opera Australia Orchestra and the music was coming sometime after the beat from the dynamic conductor, her style adapted to each of the three ballets performed. I realized that she wasn’t conducting for the beat at all, the musicians were way too accomplished to need such elementary prompting.

She was the after expression, nuance, and lashings of the secret source for making good music exceptional. There was no need to tell the bassoon player that he has to come in on the third beat of the bar. She was helping him to put a tad of extra emotion into a particular passage — encouraging rather than directing.

The conductor can trust that the musicians will do what they have to do. Her role was to convey subtle information and energy to translate the piece to those musicians in front of her and so on to the dancers and the audience.

And that’s the kind of conductor you want. A baton and a gesture that gathers the little bits and pieces without overriding the talent of the musicians to support the dancers.

While we are on this ballet example another feature was obvious. There was powerful mutual respect between the two sets of performers. They can’t see each other but they respect the quality as it makes all the difference to the overall experience.

When it all comes together it is magical.

Conductor of the science orchestra

Who would have the respect, skill, awareness and collective interest in the outcome to conduct the sustainability science orchestra?

Across the food—ecology—diet conundrum there will be plenty of candidates.

Ex-politicians now peddling their trade with international agencies and organisations would be first to put their hands up — none would miss an opportunity for personal advancement.

Secretaries-general and the like of the relevant UN agencies would no doubt put their hands up too. Coordination is the reason such institutions were established after all. For example, the UN SDGs are an attempt to take up the baton for the global poor.

Agricultural research organizations would stake a claim. They are the source of critical information to solve FED for without the supply side there would be no feeding everyone.

Of course, the conservationists in their various guises as custodians of sustainability and environmental values would be the loudest contenders with the longest list of reasons for fronting the orchestra. If the beat of saving forests and whales was not counted out these precious things would be lost forever.

Then there are the ecologists. I liken them to the second violins, never in the limelight and easily overlooked. Also never quite wanting to be in the frame. They prefer to fiddle away on whatever piece of music they have to hand so long as it’s not mainstream.

Yet these experts in the way nature functions to deliver services are best qualified to conduct.

In my experience anyway, science is not an orchestra prepared to respect a conductor. It rarely comes together to be more than the sum of the parts in that ethereal way where suddenly it all clicks and everything’s perfect.

But even the best orchestras in the world’s finest concert halls have conductors. 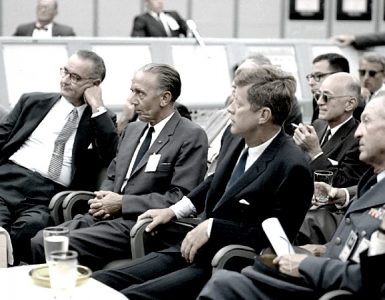 Do we need questions or answers?

Some politicians seem to think that asking the question holds the moral high ground. To them, it doesn't matter that answers require actions. 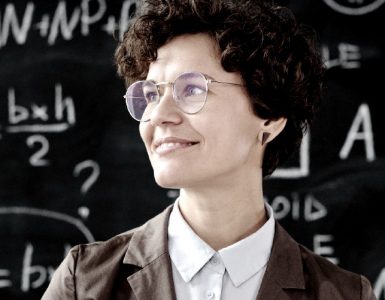 According to the latest education research, teachers are overworked, underpaid, and overwhelmed by the need to know the settled science.