Optics for future food matter more than they should

Agricultural production will need to change its look, even when looks are everything…

You walk into a lobby and you see a man kneeling over a young woman’s body.

She is spreadeagled on the floor and is still as death.

There is what looks like blood on the floor.

What is your first thought?

Here are some options…

Perhaps your second thought is something more sinister. The dark hoodie and ripped jeans that the man’s wearing easily tips the balance.

A conversation among the bystanders trips you out of shock.

“What will it look like?” said a sallow man in a check shirt.

“It might be the truth but it will look terrible. People will think that we did it,” came the reply from his colleague.

“I’m telling you, the optics are terrible. We have to keep it quiet.”

Troubling as it is, this is the world we inhabit. Conversations like this one are happening all the time in the workplace, at home, even on the bus.

Admittedly not often about an unfortunate individual prone on a polished concrete floor, but simply because what something looks like is far more important than the truth.

We have become obsessed with the visual, the physicality of it, and the impression that people will have of what they witness.

It is warping our minds.

A Botox infused face is not attractive whatever way you hold the selfie stick. And yet the look, the optics, are what matters.

Perhaps it is because we have all become sallow wearers of check shirts unable to discern anything beyond aesthetics. Our self has indeed become the centre and in this place of mirrors and pouts, what we look like matters a lot.

And it matters right now.

During old-fashioned facial treatment with mud and cucumber slices, the optics are not good either and yet there are benefits for the future. This is often the case. There are times when we will need to look a little dishevelled for future benefit.

The looks of future food production

If the global food production system is to keep up with the expected demand curve rising at 2% per annum for 30 years, 2for30, then there will be some changes to the look of many things.

Agricultural landscapes will need to change to ensure what is grown can be produced sustainably and on the soils and climate best suited to each commodity.

What is purchased in the markets and stores and what ends up on the plate will change too. This should be good to look at as the foods will be fresher and less processed to make our diets more healthy and the nutrient density easier to produce… but it will involve changes that many will not like.

What goes on the plate and into the fridge also needs to end up in our stomachs. Food wastage will need to fall dramatically if the 2for30 is to have a chance.

Major policy reform may look terrible as it breaks the status quo and rides the debates over its outcomes and intentions. Yet history tells us that reform is a necessity if progress is to happen, even to stop us from carrying laws from the past as great iron balls on chains around our ankles.

For example, there will be reform of agricultural subsidies that prop up unviable production systems or create mountains and lakes of commodities that are not consumed.

Right now in this critical arena of public policy, we seem to have caught the selfie stick bug. The policy technocrats and the politicians they answer to believe that the optics are more important than the reform.

What the check shirts see matters a great deal to them, but what if the man in the dark hoodie is an off duty paramedic who saw the woman collapse and saved her life by administering CPR and giving tight and timely information when the ambulance arrived.

This is the glass half full interpretation certainly and not all those who wear hoodies are skilled in resuscitation but equally not everyone thinks it looks terrible.

They just muddle on through life complaining that the government hasn’t fixed the weather and may not even know what party is in power. They don’t even have any optics on these matters at all.

Sustainably FED suggests there are two problems in need of solutions: the focus on what it looks like, the optics, and the other being that nobody cares anyway.

We think it is time to solve both of these problems by embracing policy reform.

This will mean identifying where reform is needed and openly pointing it out to as many people as are willing to listen. Give the whole process a higher profile and a big hug.

Then explain the reform options however ugly they may appear and get people to feel some of the discomfort so as to help them decide.

Never be afraid to explain that the ugly duckling can become the swan and be clear that this is common in policy reform, we may need to feel some pain before the benefits are seen.

And finally, stop wearing check shirts for they are ugly too 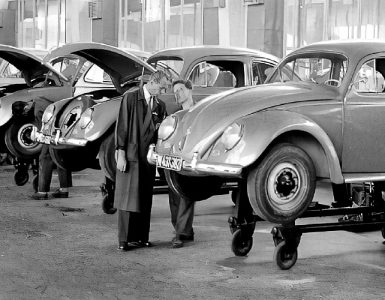