Priorities for our food system

Humanity has a great need for food. We exist in unprecedented numbers and every person has a calorific and nutrient demand just to keep body and soul together. This has put food production and diet in the spotlight. Here is a strong argument for gluing them together…

Check out this opening stanza from an article in the learned journal Nature, no less, perhaps the most prestigious for serious science about the natural world.

Land use and food production are not meeting people’s needs. Agriculture destroys forests and biodiversity, squanders water and releases one-quarter of global greenhouse-gas emissions. Yet one-third of food is wasted, 800 million people remain undernourished, 2 billion are deficient in micronutrients, and obesity is on the rise.

We’ll overlook the emotional verbs in the passage (destroys, squanders, wasted) but take the overall message — loss of biodiversity presents a major risk to food production as does the human tendency for profligacy in anything we consume.

We shouldn’t overlook the inequality theme either.

If over 10% of the human population lack food, how can anyone condone so much food waste?

Most of us in the west are aware of the obesity issue that is as much about a change in diet to sugar and grains as it is sedentary lifestyles. Our bodies did not evolve to handle either.

The micronutrient one is the sleeper.

Nutrient deficiency could lead to any number of diseases and vulnerabilities for want of the elements that we need only a small amount of but are essential to so much of our bodily functions.

We could add degraded soils, climate change impacts, volatile commodity prices, long supply chains and a host of others to the “not meeting people’s needs” statement.

Schmidt-Traub et al propose three priorities or pillars for land and food as a solution.

Loosely this is ecosystem services, conservation and food sense and they are linked because they all rely on nature.

They are also about how we use nature, what parts of it we would like to keep and our sense of wellbeing. This is true even though the issues point to the very base of our hierarchy of needs.

Schmidt-Traub et al also propose some solutions consistent with sustainable development — a bit of an oxymoron but will talk about that elsewhere — through what they call three pillars..

Pillar 1 concerns solutions for efficiency, greater production and reducing externalities. All very sensible even for the businessman or investor.

Pillar 2 solutions are about the protection of nature. This is understandable but easily at odds with Pillar 1 objectives.

Pillar 3 is just a set of goals borrowed somewhat from the UN Sustainable Development Goals. Exactly how hunger, dietary disease, and food waste are to be reduced is not suggested but again that is understandable for not only are these technically challenging they have to deal with human decision making.

Bring psychology into anything and not only is it closer to the guts of the issue but also makes it wicked.

How easy are the solutions to food production?

Do you remember the Conference of the Parties to the Convention on Biological Diversity and the United Nations Framework Convention on Climate Change?

Probably not. If you are under 25 years old it was before your time.

This conference that delivered seminal global statements on the environment went down in 1992 at the infamous Rio Convention. For the first time in history, the environment attracted world leaders, prime ministers and presidents instead of just Environment Ministers who don’t even have a corner office.

These UN proceedings and declarations were supposed to be both a statement of the problem and a call to action.

Elsewhere we will outline the outcomes in more detail, but for this discussion, one word is enough, failure.

The climate continues to change with increasingly dire consequences for ecosystem goods and services.

Biodiversity loss is still on a downward trajectory as the main drivers, human land use, energy use and economic activity are all rising. Indeed we are told it is imperative that they do. Growth is essential.

In other words, the solutions to maintain the pillars are not easy to both find and deliver.

Internationally we can’t agree and locally we are beset with detail.

We will explore much of the details elsewhere on sustainably FED but the call to action that happened in 1992 at the Rio Convention is just as important today, more so if anything. There are more people and less resource than there were 25 years ago.

Or if you prefer, that 2,296 billion more is a 42% increase on the global population of 5,499 billion people alive in 1992, the year Madonna released her Erotica album and Whitney Huston was number one in the singles charts with I will always love you.

There were 2,296 million people alive at the time of WW2

We are grateful to Guido Schmidt-Traub, Michael Obersteiner and Aline Mosnier for this framework and have borrowed heavily from it to help us structure sustainably FED.

Their topic areas are a neat summary of some of our own thinking on environmental issues, population, and resource use.

It has also helped us bring what is a disparate set of topics and solutions into one tent even though we have always known that they are intricately linked. Work on one and it affects several others

This is an important concept.

All environmental matters are interrelated in numerous ways because they are the result of human beings using nature as a resource for wealth creation and basic needs, yet wanting the resource to still be present as though it were pristine.

Solutions to the increasingly acute problems faced by humanity are not of the silver bullet kind. They cannot be fired at one target because there is no one target — one challenge affects another that links to another and then a fourth.

Nature has made it work for billions of years so we know it can be done.

Before we came along global biodiversity was as diverse as it had been in evolutionary history despite the mass extinction events of the past. There were more than enough resource to allow a single species to grow exponentially in numbers and colonise every continent.

In a crude sense, all we have to do is figure out how she did and do it again.

Begin to understand that resources are finite and trade-offs in resource use inevitable.

If we want more food there will be a cost to other environmental values. The challenge is understanding the specifics of the trade-off and making decisions on which resource to use, when and by how much so that other values can be maintained.

It is not possible to retain all values everywhere. We are sorry but this is the truth.

It is possible to be smart about the choices though. Indeed, being smarter starts with recognising there is a trade going on and that there are linkages between the pillars, they are hard-wired together.

This linking of the pillars is the key. They need to be connected through their foundations.

We suggest that this means using evidence to understand the ways that interconnections work and can be manipulated to make everything better. 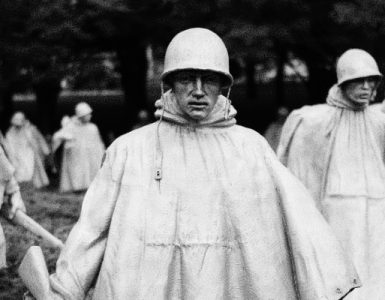 Over 70 million people died in World War Two, most of them civilians. As of December 2021, the COVID-19 pandemic had claimed 5.3 million worldwide. We don’t want another world war... 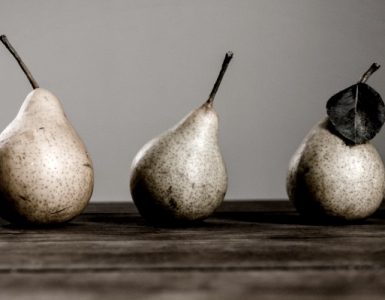 Humans are good at errors. We love telling people that they are wrong even when our pot is as burnt as their kettle. Critiques are not enough to shape our future... 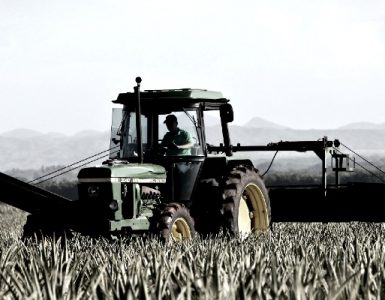 Farmers are expected to be conservative, it’s almost a given. But really it is their attitude to risk driven by extremes of cost, uncertainty and sheer hard work of producing food for sale — together this is more than...